Please click here to read the key findings from the University of Bristol’s Year 3 Executive Summary.

The evaluation work was funded by Lloyds Bank Foundation for England and Wales. The final evaluation followed two prior studies. A feasibility study to determine whether the intervention could be safely delivered and ensure that sufficient data could be captured to enable evaluation. Followed by the Year 2 evaluation: an interim report assessing outcome findings to date and developing a deeper understanding of the model. 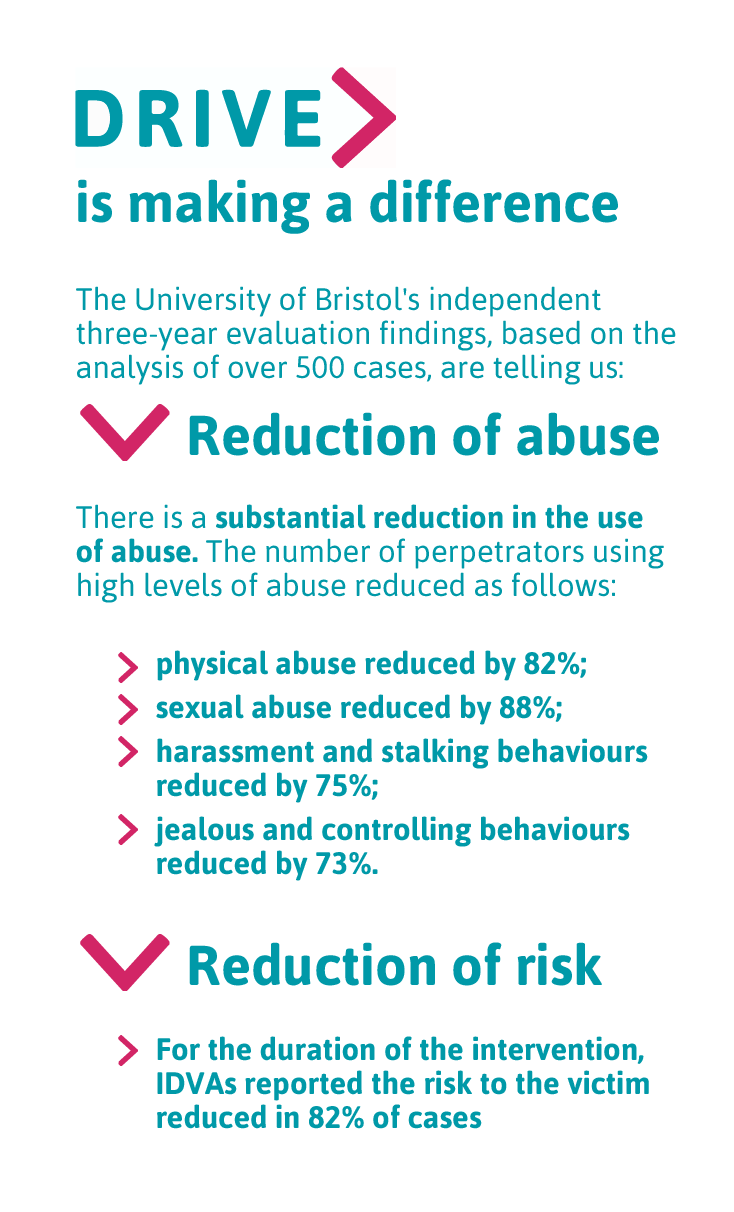 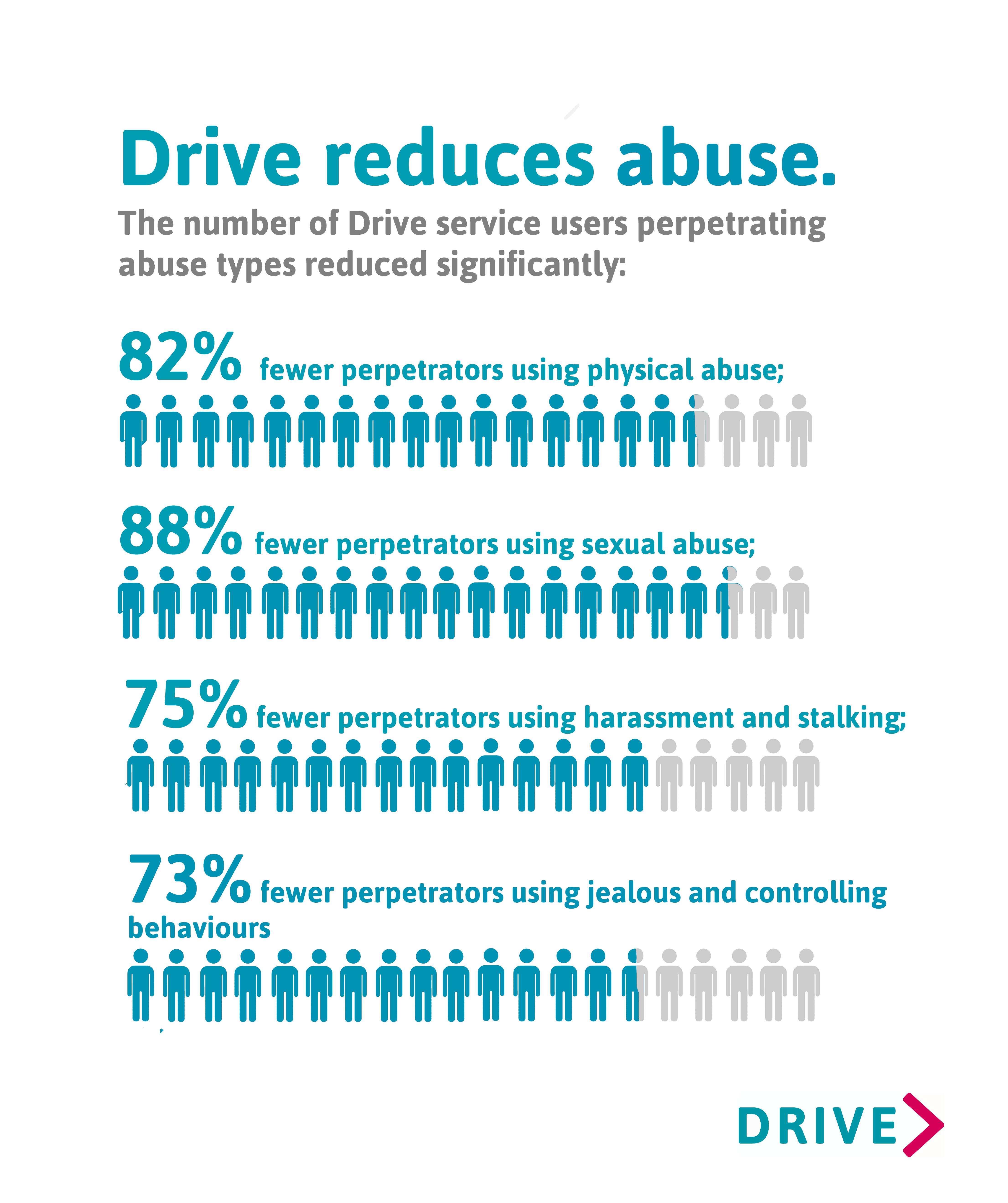 Marac data shows us that Drive helped to reduce high risk perpetration, including serial and repeat perpetrators, especially post-intervention, and this was sustained for a year after the case was closed.

Police data showed perpetration of DVA (domestic violence and abuse) offending had reduced by 30% for Drive service users recorded in the 6 months after intervention compared to 6 months before.

High-harm perpetrators of domestic abuse were shown to be prolific more generally and Drive was shown to have a positive effect on both their domestic abuse and other offending behaviour.

MOPAC Evaluation of Drive in Croydon

The Mayor’s Office of Policing and Crime (MOPAC) conducted an in-depth two-year evaluation of Drive, finding the intervention is replicable. It continues to achieve results echoing those in the pilot study; a reduction in risk to victims through reducing abusive and controlling behaviours in Drive service users.

“For the first time someone’s holding him to account, it’s not just me.”
Victim/survivor talking about a Drive service user

“The intervention brought a stop to online abuse, which I’d endured for years. I felt me and the children were safer. I felt reassured. He acknowledged his behaviour and apologised, this was by far the biggest thing to take away from this. This was a new person, he would never admit anything, so when he apologised and full acknowledged his behaviour it opened up the door for me to move on and to also gain closure, I never thought this would happen, I had given up hope yet the Drive Project enabled this to be a reality.”
Survivor testimony, 2020

“I feel that she went above and beyond to ensure that I am safe and I felt that I was listened to.”
Victim/survivor supported by the Idva service connected to Drive

“Without the Drive Project there is no way he’d ever look at himself.  I don’t know whether he’s going to go into the world, you know, a perfect person shall we say, which none of us are, but I do think he’ll be a bit better, and even if he is a bit better, then, you know, it’s helped massively, it really has.”
Survivor testimony, 2020